Well, I might not have had as productive a week off work as I planned – only doing three hours of writing on my sequel to Melissa and the Medic, an age play/medical play story involving Dr Williams’ Uncle Cyril – but I have finished editing on my latest story, due to be released on Friday December 11. 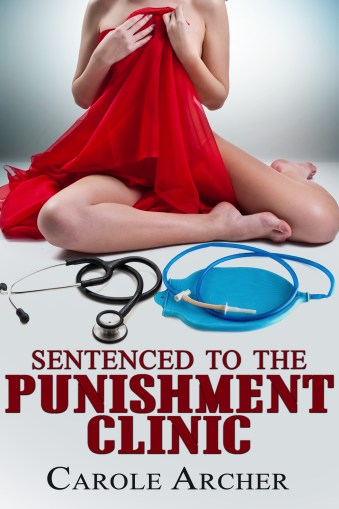 I’ll try to share a snippet from Sentenced to the Punishment Clinic in this week’s WIP It Up Wednesdays. I have shared two extracts from it in recent weeks so if you missed those, look back through my blog and read my two most recent WIP It Up posts. Following its release, I will also share an extract through Saturday Spankings.

I hope you’ve had a good weekend. I’ve had a busy one, involving a day’s shopping in the beautiful town of York, but as I have a mountain of washing to contend with before I return to work tomorrow, I’d better make this week’s blog update a quick one. Take care.