WIP It Up Wednesday – Sentenced to the Punishment Clinic 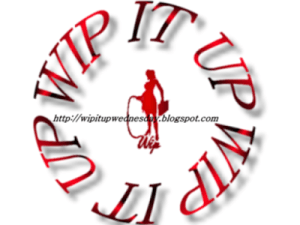 Recently I’ve shared a couple of extracts from my soon to be released book, Sentenced to the Punishment Clinic. I finished editing at the weekend and it’s due for release on Friday December 11 through Stormy Night Publications. I absolutely love the cover Korey Mae Johnson has designed, it’s perfect. 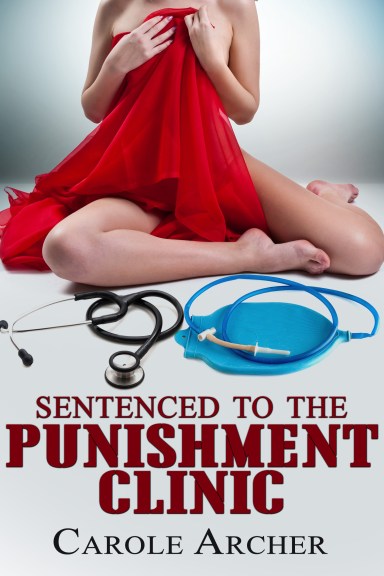 The story is set in London, towards the end of this century, following a worldwide financial collapse. Homeless Maria Davis has become an accomplished burglar as a way of surviving in these difficult times, but when she is caught burgling the home of a government minister, she in sentenced to a day at one of the city’s new punishment clinics, designed to humiliate and hurt offenders.

This extract is from early in the story, when Maria’s punishment has not yet started. She is taken by the clinic’s nurse to observe another inmate, who has not been compliant, being punished by matron before being taken away to serve a further sentence at her nursery. Although Maria is terrified at the prospect of her own punishment, she has no intention of ending up a ward of the terrifying matron:-

“Come with me,” Nancy said, moving towards her and taking her hand, pulling Maria from her bed, out through the doorway and into the adjoining cell. Maria gasped when she saw a young female standing in the centre of the room with her back to her. Her bottom and upper thighs were covered with red marks. An older woman in a starched white dress towered over her, gripping the girl’s upper arms. The new arrival’s grey hair was pulled back in a tight bun, showing off her round face. Although her features appeared to be stretched taut at the hairline, her eyes remained narrow. Maria correctly guessed this to be matron.

“Right, young lady, let’s give you a small taste of what your defiance has earned you,” the woman said, sitting down on the bed and sweeping the sobbing girl across her lap. Matron clamped her arm across the girl’s back before reaching across the bed for a large, wooden-backed hairbrush.

Maria gasped as the brush cracked down on the girl’s backside, and she watched in fascination as her buttocks flattened under the impact of the brush, before springing back, an oval mark standing out against the already well punished cheeks. The young girl screamed, her arms and legs flailing around, but the older woman never slowed the pace as she peppered smacks against the squirming, crimson bottom.

“Nurse, go into my bag and get me an enema,” the matron instructed, as she moved her attention to her victim’s sit spots. The girl’s struggles intensified, and her cries rose in volume as the brush cracked repeatedly against the base of her buttocks. Maria hissed through her teeth as the tempo of the paddling increased, until mercifully the matron stopped and put the brush down, reaching out and taking a small inflated bag from the nurse. It had a long, thin nozzle, and Maria shuddered, believing she knew where it was about to go.

“Lubricate her anus.” Maria watched as Nancy squirted gel over her finger before pushing it into the struggling girl’s rectum. Her finger was removed and the matron used one hand to part her victim’s buttocks before pushing the nozzle into her. Apart from a small whimper as it was seated, the girl remained in position and did not protest. Maria watched wide-eyed as matron took hold of the bag in both hands and squeezed it firmly. The prone female gave a squeak of shock and rose slightly, but immediately slumped back down as the nozzle was pulled out.

“Butt plug.” At matron’s demand, Nancy dipped her hand into the large bag and fished out a small, pink item. It had a rubbery appearance and Maria thought it looked like a baby’s pacifier. Her mouth fell open in shock as matron parted the girl’s buttocks and Nancy pushed the plug in until only the small ring was visible between the well spanked, crimson cheeks.

“Up,” matron snapped, slapping the girl’s ass. The small redhead was immediately up on her feet, hands at her sides. Maria watched, her heart hammering, as the girl – approximately eighteen or nineteen years of age – was laid on her back and fastened into a large diaper, before a short frilly dress, white ankle socks and navy blue buckled shoes were added. She sobbed throughout, occasionally swiping away her tears, but no longer resisted. Standing her up, the nurse roughly brushed her hair, fastening it up with barrettes either side of her head. The red-eyed girl glanced away when Maria smiled sympathetically.

“This is appalling,” Maria blurted out. “It can’t be legal.” Snatching up the brush, matron stepped towards her and held it aloft. “The court have authorised my nursery, and I have plenty of space available for another brat. If you don’t watch yourself, I’ll be back to collect you in a few days. I can give you a taster now, if you’d like.”

Don’t forget to head over to the WIP It Up Wednesday blog to see what snippets from works in progress other authors are sharing:-

I’m glad you found someone to co-author the WIP It Up Wednesday blog so you could keep it going, Melody. Good luck to you and Meredith.