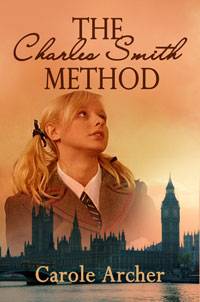 Jenny Simpson has spent her life in care homes and with foster families, and she has had more than a few run-ins with the law. After being caught yet again, she’s given one final chance by the courts to turn her life around.

Things soon go badly wrong for Jenny, and she finds herself homeless on the streets of 1970s London. She encounters ex-judge Charles Smith on a bitterly cold December morning and promptly tries to pick his pocket, resulting in a quick trip over his knee and the promise of a much longer spanking later on her bare bottom. Charles does manage to keep Jenny out of jail, and he takes her into his home and sets about the task of turning her life around with strict but loving discipline.

Jenny isn’t the first young lady to whom Charles has offered his home and his kindness, however. His housekeeper Hazel, who he found on the streets just like Jenny, is initially jealous of this new young woman competing for Charles’ attention. Soon, however, Jenny and Hazel become friends, and then good friends, and then much, much more than just friends.

Even as their new-found romance blossoms, Jenny and Hazel are still subject to the firm, fatherly discipline of Charles. He is prepared to give as many long, hard, bare bottom spankings as necessary to turn both Jenny and Hazel into well-educated, respectable young ladies.

Buy this story from