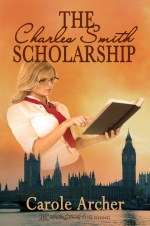 In late 1970s London, The Charles Smith Academy has been running for five years, taking in students who have fallen foul of the law, giving them their only alternative to a custodial sentence.

Six new students are due to arrive for the new school year, and Judge Walker brings news that the Academy will be taking in male pupils for the first time ever. Mr Bainbridge has grave doubts about this, believing the changes will bring trouble.

The students will also be competing for a scholarship in California. Mr and Mrs Hutchinson, Mr Bainbridge, Hazel, Jenny and Harry team up with the students to compete against each other for the coveted scholarship in America, but as the youths struggle to adapt to the strict regime of discipline, the teachers wonder if Judge Walker has been a little ambitious with his plans.