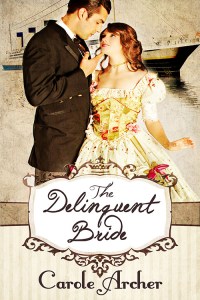 Facing a marriage with a man she has never met and certainly does not love, twenty-one-year-old Shelley Robertson-Bell flees from her home and the life of luxury to which she is accustomed. With nowhere else to go, it is only the kindness of a stranger which allows her to board the mighty ship Titanic just hours before it leaves port on its maiden voyage.

Once aboard, she soon discovers that life as a maid – the identity she was forced to assume in order to secure her passage – is very different from anything she has experienced. Her new employer, a rich, handsome American businessman named Henry Kendall, is not one to tolerate laziness or disrespect, and he has no qualms about taking a disobedient young lady over his knee for a sound spanking on her bare bottom.

Though mortified by the shameful nature of his chastisements, Shelley also finds herself excited in a most unladylike fashion. As she spends more time in Henry’s company she cannot help but begin to entertain hopes that Henry might one day see her as more than just a servant. It is not long, however, before fate intervenes and the lives of Henry and Shelley are changed forever.